December 1st
Every year my aunt and grandmother come down to the city for the day and contribute serious tourist dollars. Being a local it is hard to enjoy midtown amidst holiday hell, but I always look forward to spending quality time with some of my favorite women in the world. We began the day with a viewing of the Rockefeller Center Tree and continued on to lunch at the tasty and relatively inexpensive Becco. (However, my grandmother declared that her tiny German beer was "Ein Ripoff!") After lunch we went to see The 25th Annual Putnam County Spelling Bee on Broadway where I captured one of the best photos I have taken all year! My gram is hilarious! After fortifying ourselves with several Irish coffees, we toured the diamond district counting carats (9 carats, ah ah ah.) and perused the craft stalls in Bryant Park looking for holiday gifts. I think that tree is more beautiful than the one at Rock Center. Thanks ladies for a wonderful day! See you in a few weeks. XOXOXOXOXO! YUM we love Becco! Have been there 2x.

did you just reference The Count from Sesame Street? 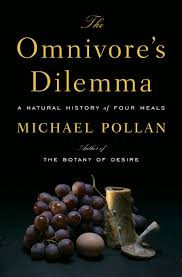